Just an awful performance. The only worse in recent years have been the complete capitulation games. The only good point was some decent defending and goalkeeping. The biggest concern is that Millwall have now laid a blueprint for teams to follow on how to beat us. Birmingham was a portent for this - we didn’t look like we liked being harried and bullied on Tuesday, and Millwall stepped it up a notch today. How do you think Mick McCarthy’s Ipswich are going to play next Sat?
This is a crucial point for Christiansen and his team - what have they learned and how do they respond? More importantly, can they respond? There are only two options against teams like Millwall - match them or outplay them. For the latter, you still need a bit of the first, and you need to play with precision and pace and we played with absolutely neither today.
The team selection was wrong also, and looked it from the outset - Hernandez, Saiz and Alioski were all too lightweight, they were like under 10s trying to play against under 15s. Yeah they have far more technical skill, but the physicality knocked them completely off of their games. Without them, Lassoga was isolated. O’Kane and Phillips rans their socks off, but they looked outmanned and outgunned and, in the end, out on their feet. A lot of players looked in need of a rest.
Jansson was having his usual good game but completely fluffed it for the goal. Ayling put in possibly his worst performance in a white shirt, and Anita showed that while comfortable on the ball and joining in attacks, when he is faced with a good winger he is a right footed midfielder playing at left back. On the plus side, Shaughnessy continues to look good enough for this level.
Dallas tried but his delivery let him down, and Roofe offered nothing but running down cul-de-sacs. As much as we need to rotate, I questioned his being benched for the Brum game. He was in the form of his life and his confidence was visably growing. Alioski on the other hand leaves a lot to be desired. He has played well in a Leeds shirt twice. I had my doubts after the first three games, he silenced them at Sunderland and Forest, but he was poor today and was our worst player against Brum. I honestly think today was a day for Sacko. Is he injured? I know how limited he is, but we really could have done with his pace and direct running as an outlet.
Weidwald made some good saves, but also some blunders. He was lucky the flag went up for Morison’s goal, because that was a colossal cockup. We know about his play with the ball at his feet, but he had to show today, for the first time, other facets of his game. He looked a decent shot stopper with good reflexes, but it also looks clear he could not catch a cold. He conceded more than one corner by parrying a routine catch.
To be positive - what a start to the season, absolutely brilliant. But chapter one closed today, and chapter two begins with Ipswich on Saturday. Forget Burnley, a lot of players look in a need of a rest, and the likes of Vieira, Klich and Cibicki should be champing at the bit to stake a claim.
I hope TC learned today about horses for courses. I love Hernandez and Saiz - look at our performance against Burton, we showed what we can do. And any thoughts of “it was only Burton” have to be tempered by the fact they have had two fine results since. But really good managers look at the opposition and take into account their strengths and weaknesses. We’re not good enough (and I don’t think any team at this level is) to simply feel we can play our way and have it our way all the time. We had to dig in against Birmingham, so we can do it, but today was like a continuation of that performance minus the good parts.
Posted by Syze at 23:45 1 comment:

Footage courtesy of LUTV & Sky, made using Apple iMovie '11
Posted by Syze at 14:05 No comments:

A video I made showing all of Robbie Fowler's goals for Leeds United...


A video I made compiling some of the goals scored by Leeds United over the years that have snatched a result late on in games.
Footage courtesy of LUTV, Sky, BBC, ITV and various Leeds United Season Review VHS tapes & DVDs; made using Apple iMovie '11.
Posted by Syze at 19:11 No comments:

Another video I made showcasing some of Robert Snodgrass's best moments in a Leeds shirt...
Footage courtesy of LUTV; made using Apple iMovie '11.
Posted by Syze at 02:13 No comments: 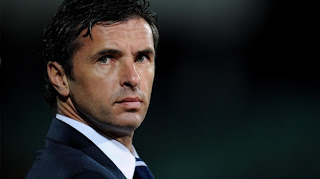